Is Your Fake News Meter Working? 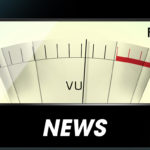 Journalism, ‘Fake News’ & Disinformation: A Handbook for Journalism Education and Training is an awesome 128 page publication. Published in 2018 by the United Nations Educational, Scientific and Cultural Organization (UNESCO), it seeks to serve as an” internationally-relevant model curriculum, open to adoption or adaptation, which responds to the emerging global problem of disinformation that confronts societies in general, and journalism in particular.” Edited by Cherilyn Ireton and Julie Posetti, it doesn’t use the term ‘fake news’ because of the misunderstandings around that word (according to the nine authors who wrote it). Their belief is that ‘news’ means verifiable information in the public interest, and “information that does not meet these standards does not deserve the label of news.”

Therein lies some of the problem: what kind of information that is verifiable is in the public interest, and who decides what the public interest is? Which, by the way, has always been the problem. After all, we are all “the public,” but shared “interests” are more the exception these days rather than the rule. The handbook does an excellent job of having us think about this.

For example, they say that ‘fake news’ is an oxymoron (figure of speech in which apparently contradictory terms appear in conjunction ) which lends itself to undermining the credibility of “information which does indeed meet the threshold of verifiability and public interest – i.e. real news.” But they forget an important point: that the word “news” itself is relative based on the observer of what is claimed to be news. While the document does a terrific job of labeling (i.e., using words like dis-information, mis-information and mal-information ), some of the conclusions really need a deeper dive.

When I was a stringer for a newspaper many years ago, the editor told me to report and always use the word “said.” So when covering a story, it was important not to “color” the story. I quickly became bored with “said.” So, I drew up a list to say “said” when I wanted to mix it up. While I used “said” three out of five times, for example, I would insert one of these variations every now and then. Sometimes the editor deleted them. Others, after a time, he would let them go (perhaps he too was bored with said.” Words like “suggested,” “announced,” “declared,” “indicated,” or “explained” ( I have 20 more) gave a richness to the story, but now I can clearly see, “shaped” the story unnecessarily if you are truly reporting the “news.”

In any case, Ireton and Posetti do a fantastic job of spelling out the situation we all face today; which is, discerning what is real, from what is false. But isn’t that what we’ve been doing since language was created? Never forget: words are not reality. They are substitutions for reality, and if we keep in mind what Aristotle said (define your terms), eventually we’ll figure this fake news situation out. Or not. Let us hear your thoughts!