Packaging and Your Place on the Shelf: Or, What Is Really a Shelf Anyway? 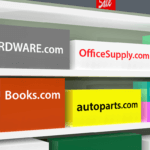 The package on the retail shelf used to be the last opportunity (or the first) to influence consumers before they decide to buy. But, the internet has changed all that. In a WSJ story entitled “Supermarkets Face a Growing Problem: Too Much Space,” Heather Haddon and Julie Jargon point out that, “A massive build-out by retailers has left the country piled up with grocery shelves as consumers are shifting from big weekly shopping trips to more snacking and to-go meals.”[1] Furthermore, in “What in the World Is Causing the Retail Meltdown of 2017?” written by Derek Thompson notes “There have been nine retail bankruptcies in 2017—as many as all of 2016. J.C. Penney, RadioShack, Macy’s, and Sears have each announced more than 100 store closures. Sports Authority has liquidated, and Payless has filed for bankruptcy.”[2] He offers a few reasons besides Amazon, including that people are simply buying more stuff online (wait, isn’t that Amazon?), America built way too many malls, and we are shifting our spending from materialism to meals out with friends (how much can you eat?).

In fact, retail – and the shelves that go with it – isn’t going away soon, despite all the doom and gloom. People are social animals, and social animals need other animals if they are going to be social. And while we aren’t arguing with the convenience of online shopping (thanks to Amazon who continues to lose money despite its valuations), you can’t really touch a product on a computer – yet. And until you can, people will want to “get out of the house.” Sure, meals may be going up, but shopping isn’t going away anytime soon.

What it’s doing is changing.

[1] Supermarkets Face a Growing Problem: Too Much Space, A massive retail build-out has taken a toll on earnings, leaving the industry vulnerable to closures. “There’s only so much food we can buy,” by Heather Haddon and Julie Jargon, July 31, 2017, Wall Street Journal.